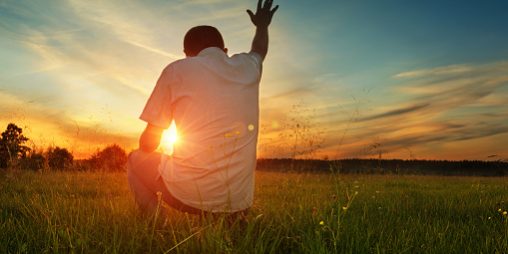 “Tears are falling, hearts are breaking
How we need to hear from God
You’ve been promised, we’ve been waiting
Welcome Holy Child”

Malachi is the last book of the Old Testament. He was the last prophet provided for God’s people before the coming of Christ. Malachi spoke of love and redemption as well as judgement for the enemies of the Lord. He tells of how God would avenge his people and send them a savior. A savior who would defeat the enemies of the Lord and deliver his people from unrighteousness. What a thing to be promised! However, once Malachi passed, nothing more was heard from God. No prophets, no revelations, nothing for 400 years.

This man was given the thrill of hope: a promise that he and all of God’s children would be saved from a world of sorrow by a Messiah sent from Heaven. The promise was so big that it came from God himself. The man told everyone the news and they longed to see this promise fulfilled, but years passed and the generation grew old. They told the news to their children and grandchildren, a firsthand account from the man who spoke to God. Eventually, the promised generation- believing in a promise they never saw fulfilled- passed away. The second generation held onto the promise they heard from their parents as they themselves grow old. They remind their own children of the great news and soon they also passed away. The line continued from father to son, from grandfather to grandson until it began to lose its vivacity. After several generations and four hundred years the promise that once filled people with anticipation was viewed by many as a campfire story.

Some people held onto the promise with faith that it would be fulfilled. Others dismissed it as a fantasy. Those that kept the hope alive were probably viewed as unrealistic dreamers. But they were right.

Simeon was one of the faithful people who held onto the word of God. He was given a renewed thrill of hope; he was told that he would see the promised Christ before he died. Did Simeon know that the promised one was not a mighty warrior, nor a high government official, but rather an infant born to a poor family in a middle-of-nowhere city? He did not, but when he went into the temple and realized that the swaddled baby was in fact the long awaited Messiah, he did not hesitate to praise the Lord. 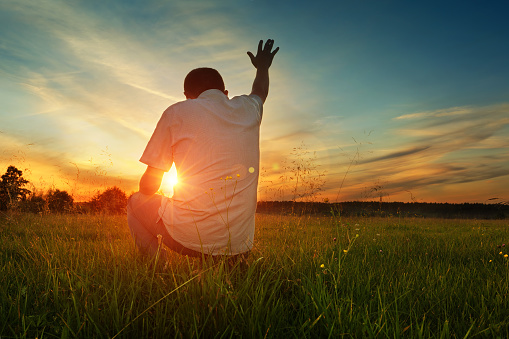 In that moment, Simeon- an Israelite who devotedly believed in the promise of God- saw it fulfilled with his own elderly eyes. When Simeon held the helpless infant he held eternity in his arms. The weary world rejoiced with the old man as he looked into the face of his Savior.

“Fragile fingers sent to heal us

Tiny heart whose blood will save us

Unto us is born”

Welcome to Our World by Chris Rice