Apples of Gold in Settings of Silver Rhetoric – What is it and Why do we teach it? 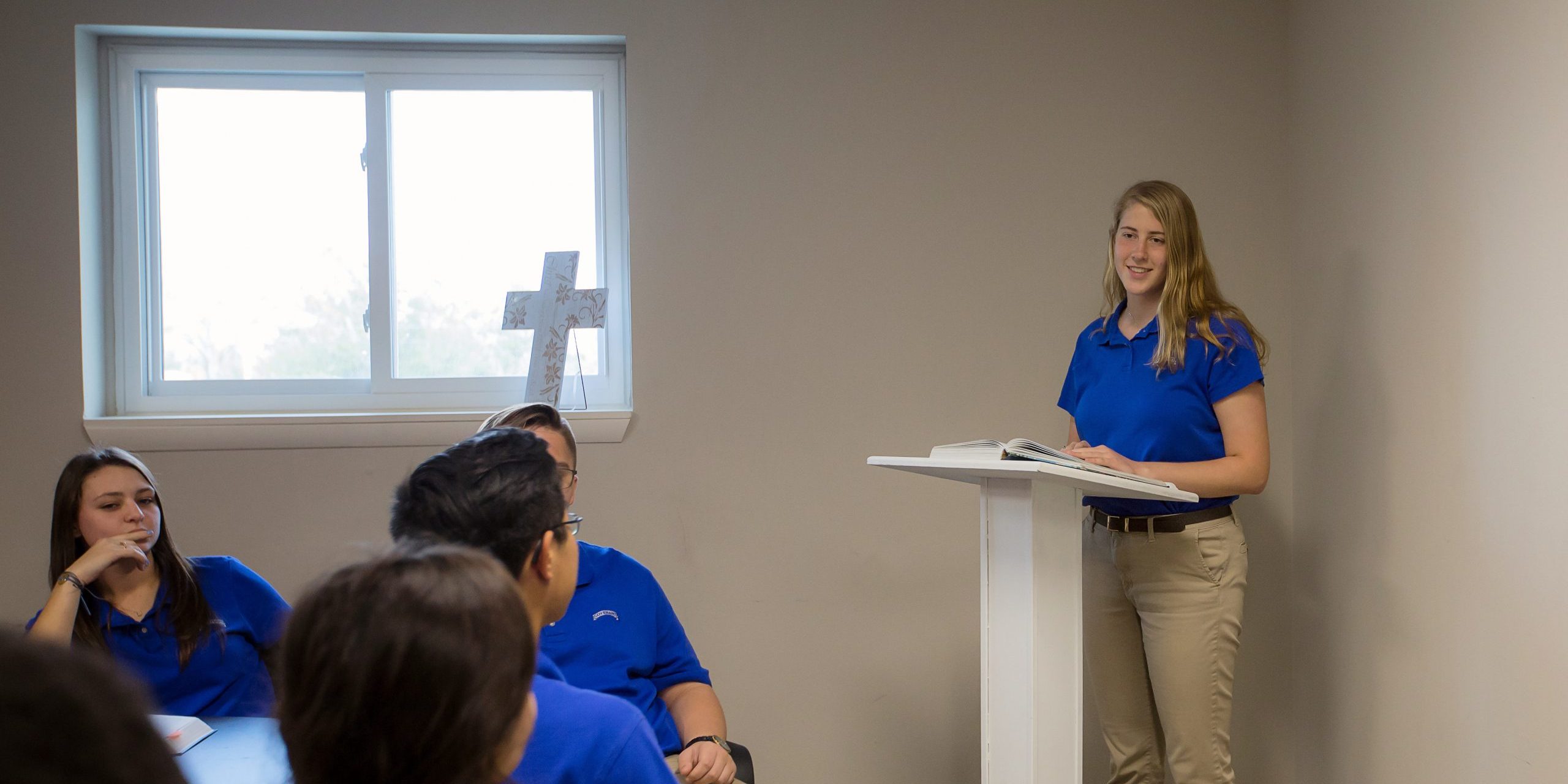 Apples of Gold in Settings of Silver
Rhetoric – What is it and Why do we teach it? 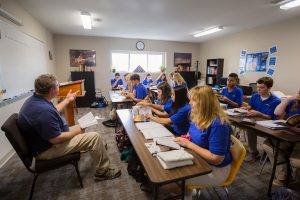 Simply put, Rhetoric is the art of effective public speaking. Great thinkers as far back as Aristotle have been involved in the study of Rhetoric. Great speakers throughout history have affected change in society, spread great ideas, influenced and inspired others to great achievements. From the Apostle Paul speaking in the Areopagus in ancient Greece to Ronald Reagan challenging Mikhail Gorbachev to “tear down this wall!” the ability to speak effectively has spurred incredible changes in our world.

Here at Covenant, we also include effective writing as a part of Rhetoric. Both speaking and writing are the main ways that we, as humans, communicate with one another. As I have often told my students, we write for one main reason – so that, what we write will be read by someone else. This is why studying both grammar and style are so important but it is also why a thorough study and examination of all of the aspects of Rhetoric is important. We spend our lives communicating with others, through our words and our sentences, speaking and writing.

Truthfulness, also, is a very important part of good Rhetoric. Even by ancient times, Rhetoric had earned a negative reputation due mainly to the Sophists who spoke eloquently in public, but who did not always tell the truth, only seeking to influence others to whatever ‘cause’ they were paid to speak for on that particular occasion. (Many politicians today could be considered Sophists, and the word ‘sophistry’ is still used for such speeches.) Aristotle, who laid the foundation for much of modern academic and scientific thought and reasoning, railed against the Sophists, writing his own work on Rhetoric as a guide for future generations. Aristotle’s work continues to be read and studied today and serves as a partial guide for our own Rhetoric work here at CCS.

So then, let us modify our definition of Rhetoric to be the art of communicating not just effectively, but also truthfully.

All well and good, you might say, but what exactly is the point of teaching Rhetoric at a Classical Christian school? An excellent question.

As Christians, we are called to be able to give an account of what we believe at any time (I Peter 3:15; II Timothy 4:2). In Proverbs, we are exhorted to speak well in order to uplift others and in order to give wise replies. Jesus Himself used various rhetorical styles and techniques, depending on His audience and on the occasion. Sometimes He spoke directly, other times through stories or parables, still other times He spoke in what seemed to be riddles. At times, Jesus used logic to teach (logos) while other times He spoke to the heart (pathos). Always, He showed His own trustworthiness to be heard and to be believed (ethos). These are all things which we study in Rhetoric here at Covenant; often using Jesus Himself as our example for how to speak and communicate effectively and truthfully. And who better!

If we are to effectively communicate the Good News, debate and defeat the arguments of the Enemy, just as Jesus did in the wilderness, just as Peter and John did in Acts, just as Paul did in Greece, then we would do well to study and learn the best methods of communication. By learning, we can become bolder in our ability and in our desire to do just that; fulfilling the Great Commission from Matthew’s Gospel, to go and teach the world about Christ.